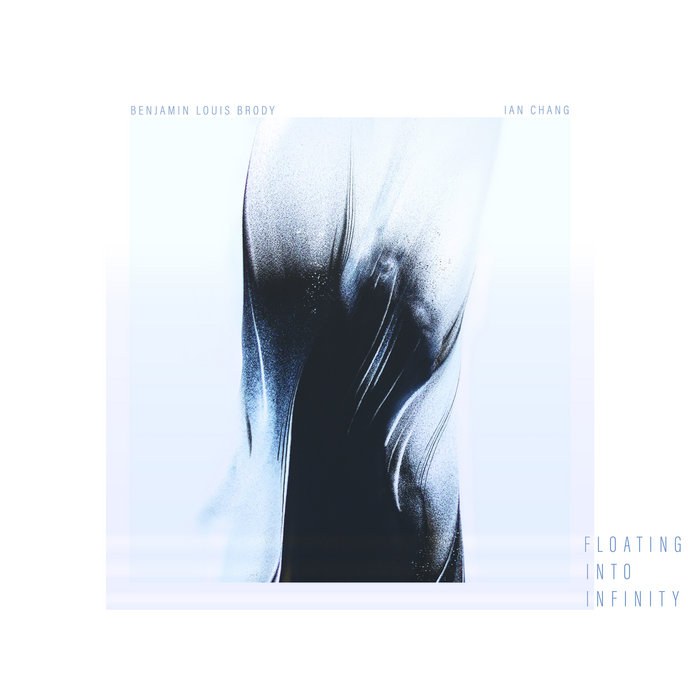 Micro Landscape of a Bathroom Sink

Composer Benjamin Louis Brody, described as “one of the most progressive and multi-faceted musicians in New York City,” creates sublime walls of sound through ambient textures that combine post- rock and modern minimalism to forge a dynamic resonance with his listeners. Working in what Brody describes as “meta-textual sonic DNA,” the 8 tracks on "Floating Into Infinity" invite deep listening into uncharted realms drenched in auditory perception for a kinetic connection between Brody and virtuosic drummer Ian Chang (Son Lux, Landlady) for an indescribable experience of undefinable sound worlds.

The two first forged their deep collaboration in 2017 with “ASMR,” off Ian Chang’s debut solo EP Spiritual Leader, a piece scribed by NPR’s All Songs Considered as “an arresting instrumental piece inspired by the inexplicable chills that sometimes run down your back.” There’s a spine-tingling sequel in Floating Into Infinity, in the form of the album’s first single “ASMR II,” which drops today.

The composition utilizes a vanguard sampling program for drummers called Sensory Percussion, a machine learning technology that gives Chang,“the ability to teach the software the nuances of my acoustic drumming in order to convert the drum kit into a hyper sensitive sampler.”

It’s a technique that allowed for the altering of auditory perception through manipulation and processing of pre-recorded sounds where, as Brody describes it, “simply slowing down, speeding up or presenting fragments of a particular sample can lead to completely new auditory worlds, while also providing a sense of connection to sounds from the past.” A connection that Brody calls Sonic DNA, “a chain of smaller sound sources that make up distinct fundamental characteristics of a work.” The combination of those two ideas allowed Brody and Chang to “translate the physicality of drumming into customizable sonic environments with software that is able to learn the parameters of the drum to understand where and how you're hitting the drum giving the performer interpretive freedom.”

“I would be surprised if anyone who's heard the music would guess that it's written to be performed on drums, and I think that speaks to the unique experience of performing this music,” says Chang in describing Floating Into Infinity. “The physicality of playing the drums feels familiar, but the way my limbs relate to the sweeping textures that I'm triggering feels completely new.”

As Brody created the sonic structure of Floating Into Infinity by weaving fragments of larger structures and assigning parameters, he explains that he couldn’t help but relate this to our own physical structure and “how we are made up of the elements of the universe, composed of trillions of cells, all with their own specialized function and an organ system that works together to keep us alive.”

“Brody's command of texture and sound design is at the heart of his compositions,” describes Chang. “I really love how this body of work always feels like it's constantly moving and bubbling on a micro level, while breathing in slow motion on a macro level, like a forest.”

Bandcamp Daily  your guide to the world of Bandcamp

MF DOOM is given his flowers, plus appearances from MC Jada Imani and Stanley Ipkuss